I have contributed to Revolve´s annual water report about the challenges of water scarcity that affects the Mediterranean and Middle East.

I visited Spain´s Almería region and investigated about the price of watering Europe´s southern plains.

You can download a pdf version of my article here or read the full report entitled “Water Around the Mediterranean” here. 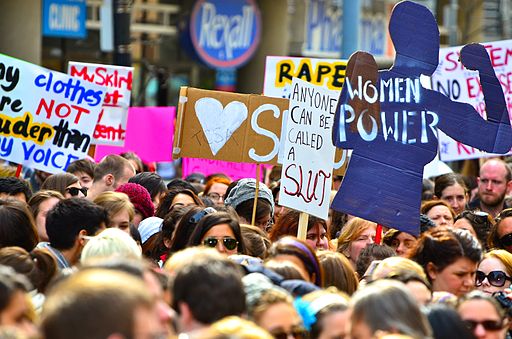 Why is everyone so obsessed by women´s body. I can´t seem to walk around without being surrounded by a hotchpotch of thighs, bums and boobs in all colors and sizes. Companies, regardless of the product they sell, feel entitled to tell women how they should look like and the public either slam them for encouraging women to starve or applaud them for reassuring women that it´s ok to be fat.

Are companies like Dove, Curvy Kate Lingerie and Dear Kate that launched positive body image campaigns any better than the others? They are equally concentrating on women´s looks and feel entitled to tell them how they should feel about themsleves. Isn´t it better to just forget about our bodies and find a more creative way to promote their business?

Why is my bra or pants size any of your business? A funny and at some points shocking quiz on BuzzFeed asking readers to guess what some sexist adverts are trying to sell perfectly reflects my point. Check it out here.

I had real fun looking through Jonathan Guyer´s blog about Arabic comics. He translates and gives the political or social background of each piece, which makes it a great source for those intereseted in the region´s comics and caricatures, who don´t speak the language.

Here is a selecion of caricatures that I liked.

“The Formation of the New Cabinet” by Makhlouf’

Description of the New Protest Law: “And outside this area, I am not responsible for what happens to you,” says the officer.
Anwar, Al-Masry Al-Youm, October 2014

“Which soap operas are you watching this Ramadan?”
“Egypt.”
By Khalid Albaih

I stumbled upon this really good story by Peter Hessler explaining modern Egypt through the stories of its garbage.

In Cairo, my family lives on the ground floor of an old building, in a sprawling, high-ceilinged apartment with three doors to the outside. One door opens onto the building’s lobby, another leads to a small garden, and the third is solely for the use of the zabal, or garbageman, who is named Sayyid Ahmed. It’s in the kitchen, and when we first moved to the apartment, at the beginning of 2012, the landlady told me to deposit my trash on the fire escape outside the door at any time. There was no pickup schedule, and no preferred container; I could use bags or boxes, or I could simply toss loose garbage outside. Sayyid’s services had no set fee. He wasn’t a government employee, and he had no contract or formal job. I was instructed to pay him whatever I believed to be fair, and if I pleased I could pay him nothing at all.

Many things in Egypt don’t work very well. Traffic is bad, and trains get cancelled; during the summer, it’s not unusual to have five electricity blackouts in a single day. One year, we couldn’t buy bottled water for months, because the plant that produced the water somehow caught fire. Since we moved into the apartment, the country has cycled through three constitutions, three Presidents, four Prime Ministers, and more than seven hundred members of parliament. But there hasn’t been a single day when the trash wasn’t cleared outside my kitchen door. As a whole, Cairo’s waste-collection system is surprisingly functional, considering that it’s largely informal. In a sprawling, chaotic city of more than seventeen million, zabaleen like Sayyid have managed to develop one of the most efficient municipal recycling networks in the world.

An interactive documentary by Melody Patry on different artistic initiatives that tackle sexual harassment in Egypt. It really sums up some of the most creative art movements since the overthrow of Mubarak.

You can see the full documentary here.

An interesting take on the FreeHappyIranians story. This was written by senior editor for islawmix, Sana Saeed.

When there’s slow movement on the hashtag battlefield, you can always count on a story about Muslim women and headscarves to pick up the pace.

On May 7, in her Radio Free Europe/Radio Liberty column, Golnaz Esfandiari highlighted a Facebook page started by Iranian political journalist (in exile), Masih Alinejad, now called “My Stealthy Freedom.” The page features images of various Iranian women defying the national law that dictates women be covered with a headscarf at all times in public.

The story, which has the necessary ingredients of a Western media fantasy, picked up in the English press immediately. Hell, even George Takei shared the story, expressing his awe at “[some] very brave women in Iran … doing something extraordinary on Facebook.” The story is still popping up online, and the Facebook group itself now boasts over 315,000 followers — an incredible increase from its initial few hundred, then few thousand, followers over the course of less than two weeks.

And just this week, attention was turned to Iran once more in the name of freedom of expression.

A group of young, trendy, Iranians (including three women without their headscarves) were arrested for “indecency” after creating a video of themselves dancing to Pharrell’s hit song, “Happy.” This story, too, garnered the attention of social media crusaders when news of the arrest broke. The group has now been released.

Iranian laws governing public morality and the possible punishments undoubtedly have a detrimental effect on the citizenry. For women, especially, to be publicly engaging in defiance of laws that limit their expressions of self — as really anywhere — is a risk and feat worth acknowledging.

But there’s a self-centered quality of our appetite for these stories. We are uncomfortably selective in our interest in which human rights stories from Iran get our attention.

There’s a reason why the “My Stealthy Freedom” page has been lauded as a “silent revolution,” and stories of life under the country’s crippling sanctions are underreported: These stories reinforce a warped narrative of Iran that is all too familiar in the West.

In response to the kind of coverage this story has received, editors of AJAM Media Collective, Shima Houshyar and Behzad Sarmadi pointed out the trouble with the seductive, oversimplified narrative evident through these stories:

These articles produce simplistic generalizations for the sake of provocative and yet easily digestible reading. They do so by: treating women’s bodily surfaces as a measure of societal progress and morality; romanticizing the notion of resistance; and eliding the significance of class and consumer culture in everyday urban life.

Houshyar and Sarmadi also point out that a western audience has a tendency to “romanticize resistance,” which only offers solidarity if its “own values and ideals seems apparent in the resistance.”

In short, these stories aren’t told with the intention of understanding — they’re told for the sake of consumption.

That means that the voices that really matter here — Iranian women that actually live with enforced dress codes — are lost in the coverage.

And that internal conversation, about mandatory veiling, is one that should not be dismissed or ignored. As Alinejad noted in an e-mail correspondence with PolicyMic, “[by] the time the international publicity came, [the Facebook page] had already become established in Iranian circles … with no publicity at all I was getting more than 50 photos a day.”

And in a similar vein, the story of the Iranians arrested for making a “Happy” video is a part of a wider conversation on censorship and dissent, or as Houshyar pointed out about the unfolding story on Wednesday:

#pt it’s less about some kids being “Happy” than trying to scare online activists with pics on social media. #freehappyiranians #Iran

But these nuances were lost in the online chorus of outrage. That’s because our envisioning of Iran and Iranians has been and remains limited to the sorts of issues that redeem our own beliefs and visions of ‘freedom’. The issues and stories that indict us of any complacency and wrongdoing are ignored or justified. When Iranians are the denied the apparent basic human right to make a Pharrell video, we are maddened and disappointed. When Iranians are unable to access basic medical supplies as a result of our sanctions, we don’t even know.

Sana Saeed is the Senior Editor for islawmix, a project incubated at the Berkman Center for Internet and Society dedicated to bringing clarity to discussions and portrayals of Islamic law in US news. She is also a researcher at the Islamophobia …
Article credit: PolicyMic