Tehran Has No More Pomegranates

“Tehran is a beautiful city but its people are bad” says Golnar to her lover when he asks her to go with him to Tehran.

This scene from an old film is what Tehran has no more pomegranates’ Iranian director Massoud Bakhshi started his film with. It’s also the essence of his film which narrates the history of this “beautiful” city & how the ill considered policies of the successive Iranian regimes destroyed and distorted many of its aspects.

For all those who hate history lessons, there’s no need to worry! You’re not about to watch a never ending lecture on Tehran’s history from the 19th century till today! Bakhshi sheds light on the most important stages of Tehran’s development in a humorous way that reduces the impact of the devastating political, social & economic problems on show.

Using a unique style, he represents a film inside his film. He plays the role of a director (who is Bakhshi himself) who goes to Tehran’s documentary film centre (TDFC) and complains about the difficulties he faced while making his film. Then he displays his film offering the audience a unique archive of rare photos & video pieces documenting the history of Tehran.

Although he shows the documents in a chronological order, he interrupts the sequence every now and then with photos and video of contemporary Tehran encouraging the audience to compare the past to the present of the city. He also criticizes the Iranian censorship by narrating the historical events as if reading aloud from a history book edited and improved by the government and even praises the government with a sarcastic tone on its achievements while the photos that run meanwhile show exactly the opposite. Sarcasm reaches its highest point when the film is cut each time a new government arises and it is completely destroyed when the Islamic Iranian republic is established in 1979. 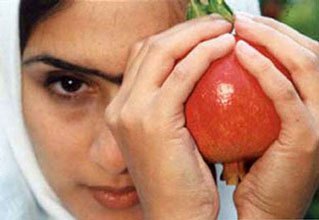 While Bakhshi explores the obstacle that hinder development in Iran, like bureaucracy and the immortalization of the Iranian Iraqi war that allows government employees to neglect their work to commemorate this “national event”, he also criticizes the aspects of development in Iran like car industry and building construction that cause pollution and decrease green fields.

He also foresees a new earth quack that would destroy the city just like the earthquakes of 1991 and 2003 of Roudbar and Bam which killed 5 million Iranians. He cites the old and worn out fabric of Tehran and the low quality of the new buildings, which is of course the Kurd and Afghani workers’ fault and not the government’s, as the reasons behind the complete destruction of Tehran after the expected earthquake.

As the film draws to an end, Bakhshi reminds us of Golnar refusing to travel to Tehran because of its bad people when Ja’afar (one of the actors in the film) says that in spite of his deep love for Tehran he can’t stay anymore so he packs hoping to return in the future.

But where are the pomegranates? Devastated by his film, Bakhshi decides that making a film about Tehran is a waste of time. Instead, he promises the TDFC that he would make another film about old Tehran’s peerless red big and sweet pomegranates. The pomegranates of the past that have dried out! Tehran has no more pomegranates is a must see film for all those who would like to know the past and present of Tehran, enjoy a high quality film and get a good laugh, all in one hour!